Are You Looking for Fire Damage Restoration in Morristown? 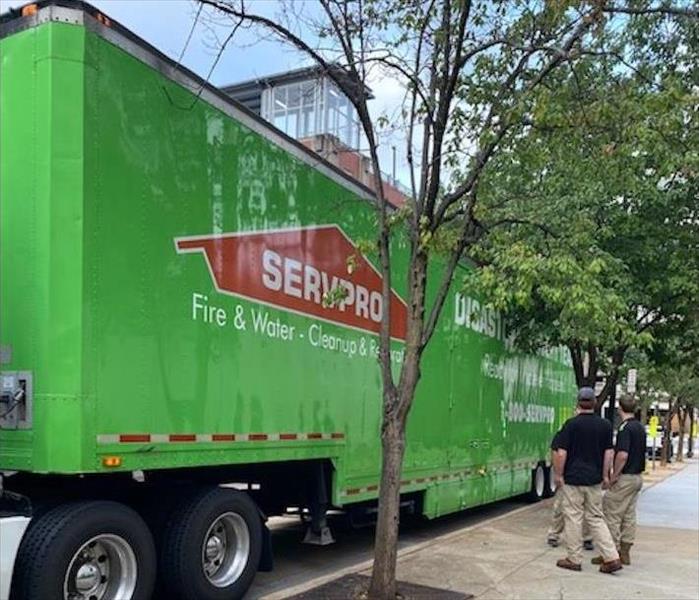 SERVPRO is here to help after a fire

Morristown is a small and friendly city of 30,193 in Tennessee. Morristown is a manufacturing hub, with several large employers having bases here. There are over 100 manufacturers in the town, producing everything from food to aerospace parts.

Morrison got its name from its founder, Gideon Morris. By 1855 Morristown was an incorporated city, and it became the seat of Hamblen County in 1870. It is no wonder Morristown makes a delightful place to live or visit with such a long history. The vibrant modern business community exists arm in arm with multiple historical sites and striking historic buildings.

Davy Crockett is arguably Morristown's most famous son. David Crockett was born in 1786 and lived in Morristown for at least some of his life. Crockett is one of American's most popular folk heroes, known by the name "King of the Wild Frontier." During his life, Crockett had a reputation for hunting and storytelling, later for opposing President Andrew Jackson's policies and his involvement in the Texas Revolution. Crockett died at the Alamo. When you visit Morristown, you can see the Crockett Tavern History Museum. The tavern is a replica log building on the site where Davy Crockett's father, John Crockett, established a tavern in 1794.

Arts and culture abound in Morristown

As well as a long and exciting history, Morristown boasts many arts and culture sites and events. When you are in town, be sure to check out:

Morristown also hosts several festivals throughout the year, including a strawberry festival, a beer festival, and the Mountain Makins Festival for arts and crafts.

Is it possible to restore wooden buildings after a fire?

Wood provides fuel for a fire, and so structures like Crockett's Tavern are in particular danger from a blaze. However, if the building survives the fire, it is certainly possible to restore it. SERVPRO trains its staff in every aspect of fire damage restoration, including the best ways to restore each kind of building material.

After a fire, wooden walls and beams may be smoke damaged. Please do not try to clean away the soot yourself, as soot can easily smear and create more stains. However, SERVPRO has all the right equipment to deal with soot damage:

We can also deodorize the building once it is clean to leave it smelling fresh.